Brexit: what you need to know today

it's crunch time! A re-cap on where we are that won't twist yer melon.

A long time ago in a galaxy far, far away, everyone was talking about Brexit. Actually, it wasn’t that long ago, and the galaxy was this one, but with everything that happened this year, it does sometimes feel that way. Despite Covid-19 greedily taking over the headlines, 2020 has also been an important year for Brexit.

In this blog we go over some of the main things you need to know about Brexit, as well as signpost some of our favourite sites for you to get the most up-to-date information as things change over Brexit.

remind me where we are again with Brexit?

The UK exited the EU on 31 January 2020. The UK/EU withdrawal agreement is currently in force and gives effect to a transition period until 31 December 2020. During this time, EU law continues to apply in (and in relation to) the UK, and the UK continues to be part of the EU Single Market and Customers Union.

In 2020, the UK and the EU have attempted to negotiate a trade agreement, with the aim of bringing such an agreement into force by the end of the transition period and when the UK ceases to be part of the EU Single Market and Customs Union.

No, the deadline for ‘Brexiting’, extending the transition period, has now passed.

As we sit watching the digital firework display on our laptops, holding up our glasses to the end of 2020, something else will happen. On 31 December 2020, the UK will automatically drop out of the EU’s main trading agreements. 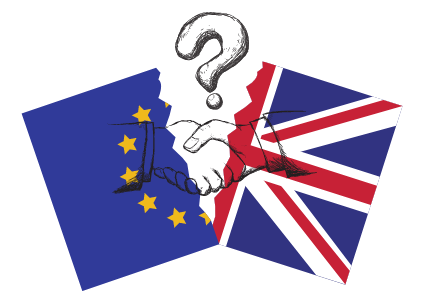 There are two possible outcomes at this stage:

(1) a Withdrawal Agreement between the UK and EU will be agreed (and passed by UK and EU parliaments) in time to meet the end of the transition period of 31st December 2020;

(2) no agreement will be reached (or passed), resulting in a so-called “no deal Brexit” in which the UK would leave the EU and the single market and, presumably, with default trade rules of the WTO taking effect immediately as from 1 January 2021.

what are they still negotiating over?

Those items left to negotiate include:

the Irish backstop seeking a hard border between Ireland and Northern Ireland was rejected and, instead, a protocol was agreed, introducing the idea that Northern Ireland would continue to follow some EU rules instead of a hard border. This would maintain the Good Friday Peace Agreement, a key policy aim of Joe Biden.

The introduction of appropriate measures to ensure businesses in the UK don’t have an unfair advantage over their European competitors due to state aid. The EU wants the UK to retain measures close to EU rules but the UK argues that the point of Brexit was to break free from following the common rules.

The EU is pushing for maximum access for its boats to continue fishing in UK waters. The UK wants to prioritise its own boats.

governance of any future agreements.

This is the final area of disagreement in terms of the overall structure of any deal but also about how new agreements are enforced and the role that the ECJ will have to play.

can they reach a resolution?

There are some who think that a deal will be done but that, given the short timeframe, politicians on both sides will need to make some quick concessions on some fundamental issues. Additionally, any agreement would still require transition into a legal text, translation into EU languages, and ratification by parliaments on both sides.

is there any comfort here?

On the domestic front, we have greater certainty. Under the UK’s Withdrawal Act, all substantive EU law in effect as of 11pm on 29 March 2019 will be incorporated into UK domestic law. For this reason, the risk of disruption to business operations within the UK is quite low, even in a no-deal Brexit, and we have focused principally on cross-border issues where the risk of disruption is greater.

I have cross-border issues, do I need to panic?

Given the uncertainty around Brexit, many businesses had prepared for a worst-case “no-deal” scenario, in which cross-border trade between UK and EU would have been significantly disrupted for a period of weeks to months before normalising under WTO trade rules. If you aren’t one of them…panic…

No, of course, we are only joking! If you aren’t one of those businesses who had already prepared for this outcome, there is still time.

Unsure where to start? Give us a call.

Where else can I get information on Brexit?

We know that typing “Brexit” into google can throw up more than even the most robust lawyer can consume. To help you, we set out below some of our go-to websites.

And if all else fails then ask us, that’s what we’re here for, we’re helping our clients navigate the ups and downs of this transition so why not see if we can help you?

Brexit Law changes Legal design Legal support
v
Unsure where to start?
Give us a call
Get in touch
Avoiding disputes: 8 ways your business can protect itself from disputes
Read blog post
Term of business explained: why get them legally designed?
Read blog post
B Corps: The growth of a new type of organisation
Read blog post
Back to top